The BACK TO LIFE Special Edition 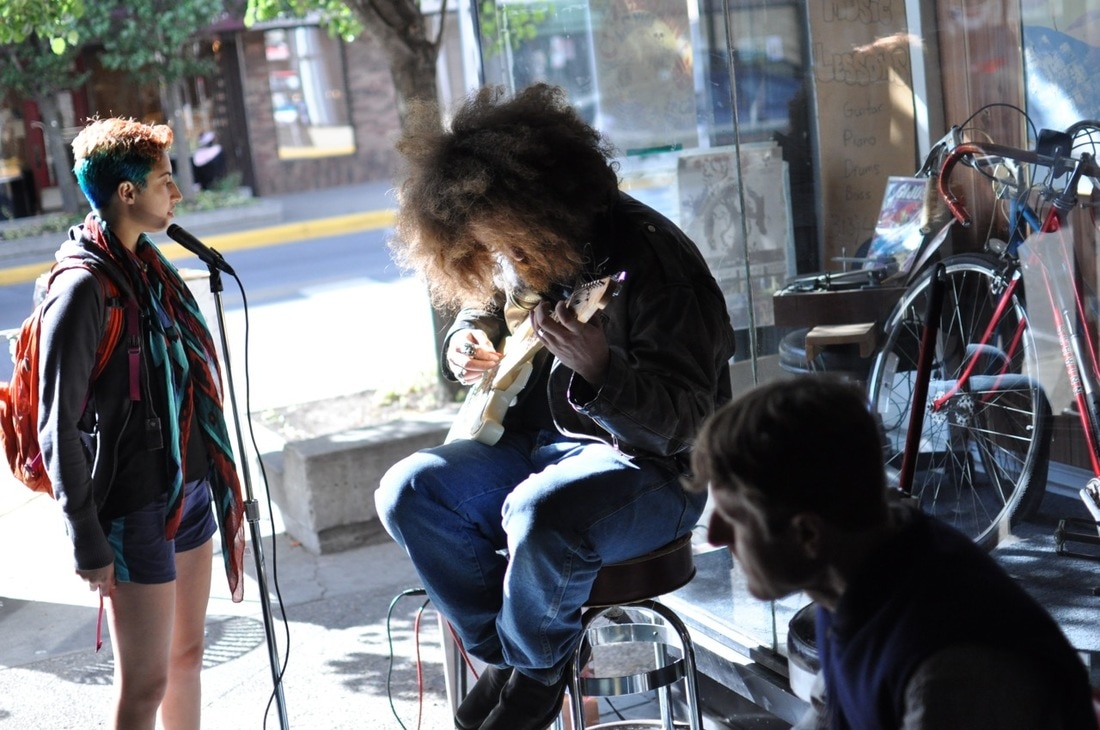 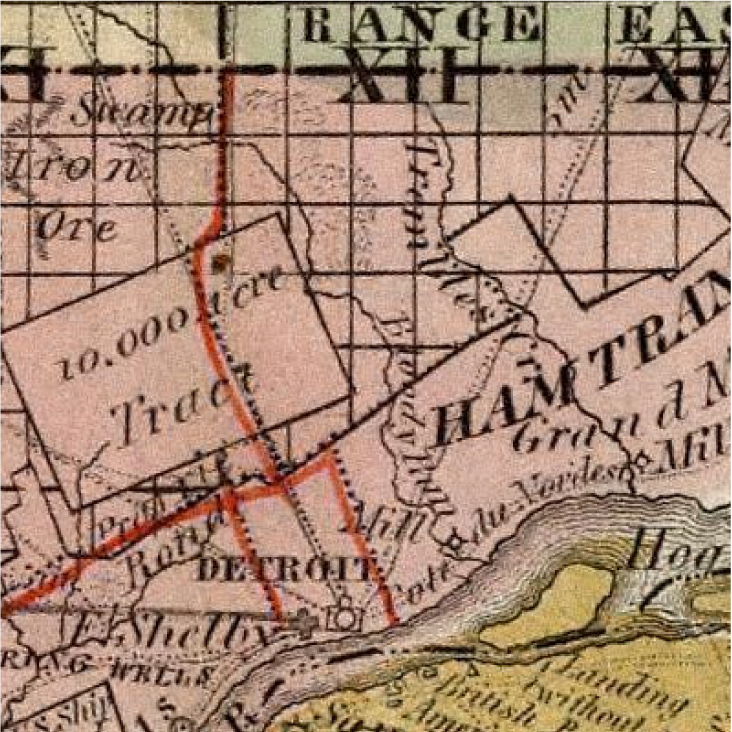 More About The Festival

Instead of an impersonal mega-event, HNAF was created to offer a humble way to engage with artists on a more intimate level. Last year we had to cancel...for reasons.

We always get a slow start, so keep checking back for more information, or shoot us an email at HamtramckNeighborhoodArtsFest@gmail.com.

Also, if you are an artist in the area and already know what you want to do, please fill out the sign-up form! Deadline to be included on our printed maps is October 1st!

Our goal is to activate the city’s indigenous talent and create a walkable, neighborhood-scale, art experience on porches, in houses, on sidewalks and storefronts.

See last years events to get a taste for what you can look forward to...
Organized by ENDING time so if you want to hit them all...start at the top and work your way down.
‍
View all event details below or print your own to share!
download & Print Your Own
Check Out Last Year's Events
11:00 am
Open Studio

Stop by my studio, and see my process. I will be featuring Linocut Print making. although my artwork is not limited to just that. Show up early to learn the process, and for a donation, you can print your own from my available blocks.

to
Description
Stop by my studio, and see my process. I will be featuring Linocut Print making. although my artwork is not limited to just that. Show up early to learn the process, and for a donation, you can print your own from my available blocks.
Location
11473 Klinger St
Hamtramck
Artist Information
Alice V Schneider

Alice V Schneider is an artist, curator and gallerist in Hamtramck, MI.

Enter. Find there, upon a table, the singular copy of Abe and Ian’s Sentience Oceanic No. 1. Nearby, a figure playing musical instruments and wearing white buckskin shoes, their head replaced by a large papier-mâché sculpture of a brain, represents the vanguard of The Muse Collective Consciousness. You will be integrated.

to
Description
It started in 2007 with a vision of a boy wasting away in a dry riverbed, but Ian didn't know what it meant. A few years later, Abe, transmitting from a once parallel and now perpendicular universe, attempted to explain it. But Ian, being a bit slow, didn't realize what he was supposed to do exactly. And so he wrote a bunch of songs, formed a band, and performed here and there in front of crowds small and smaller. Soon he found that this only partially satisfied the compulsion introduced into his mind and personified by Abe. What Abe was trying to say, what he needed Ian to do, was draw and write Abe's universe into existence in our universe so that the collective consciousness known as The Muse might flourish here and someday integrate all our little minds into its ever-growing and infinite awareness - the God-Brain. The MegaZine, Sentience Oceanic, is the vanguard of The Muse, infiltrating our world for the greater good of all. Within its pages one can find a narrative, spread across six regular zines tucked inside pockets within the greater MegaZine. The story, a metafictional novel serving as the MegaZine's feature article, is hidden amongst lyrics, letters, an interview, drawings, collage, interdimensional propaganda, jumbled receptions of confused transmissions, and a short piece on Abe's favorite novelty folk duo, Salmon & Bearfunkel. It is made of cardboard and paper, glued together with paste, and adorned in black and white with ink. Ian made it all. Abe made him.
Location
2172 Trowbridge St
Hamtramck
Artist Information
Ian Gleespen

Together, Ian and Abe are a multimedia art project that at one time presented itself, (with the help of others) as a band that nobody ever saw. Now they make singular, hand-made copies of novels that present themselves as MegaZines, (oversized, hardcover magazines.) Abe transmits the content from a future not our own into Ian by way of a pair of white buckskin shoes, and Ian does the rest.

The museum will present an eclectic assortment of art works donated by businesses and persons. It's a fascinating and unique mix of professional and amateur works, some with significant historical significance. All the works will be put in context to understand their provenance and significance.

to
Description
Over the years a number of people and organizations have donated various works of art the The Hamtramck Historical Museum. Some are the works of ambitious amateurs while others are done by skilled professional artists. Some have significant historical significance, such as a painting done through the Works Progress Administration just before World War II. In addition we have also acquired "practical art," which are architectural drawings that are works of art in their own right. This makes for an interesting, and insightful, assortment of works.
Location
9525 Jos Campau
Hamtramck
Artist Information
Hamtramck Historical Museum

On display will be an eclectic assortment of art woks assembled by the Hamtramck Historical Museum, including paintings, sculpture and more.

Handwoven & hand dyed yard sign sculptures installed in their natural habitat - the front yard (and maybe the alley too)!

to
Description
In a world where so many of our communications are online and surveilled, what does confidential and authentic communication look like? How can we be real with those we love when it feels like everyone is watching? Expanding surveillance technologies - like cctv, Ring doorbells, programs like Project Greenlight in Detroit, parking meter cameras in Hamtramck, video calls, and the constant data mining we’re all subject to - provoke our paranoias and limit our ability to let our guard down. There is tension in wanting to be seen and loved for who we are, even through the screen, and needing to maintain our privacy and safety. When every text message is recorded and the robot stereo reacts to a whisper, to what lengths do we have to go to share our most personal and radical thoughts with those we trust? Can we still keep secrets? Yard Signs is a series of hand-woven, text based sculptures I began in 2020 which examine the effects of surveillance culture on interpersonal and community relationships. Made of double woven cotton cloth and steel frames, the yard signs aim to intimately communicate with another by hiding in plain sight, using the form of a public advertisement to convey an urgent private message. Here I display them in their natural habitat, the front yard.
Location
2700 Holmes
Hamtramck
Artist Information
Kit Parks

Kit Parks is a weaver, writer, and performer based in Hamtramck, MI. They are figuring out what it means to live and make art in a late capitalist society in the midst of a climate crisis, grappling with themes of power and violence, gender, and human impact on the environment. In their spare time, they like to write tongue twisters, admire trees, and knit while watching bad tv.

Feel the Fall with Tony Paris & The Sugarburn

A down home Hamtramck act if there ever was one offering up a glimpse into their home base of operations and playing you their new album of witchy hits. Free fall treats and maybe even some street meat. Come on baby let's ball it up!

to
Description
A down home Hamtramck act if there ever was one offering up a glimpse into their home base of operations and playing you their new album of witchy hits. Free fall treats and maybe even some street meat. Come on baby let's ball it up!
Location
11721 Sobieski
Hamtramck
Artist Information
Tony Paris

We started somewhere in the old bakery part of Baker Streetcar Bar where the ghosts go down the rattling rails to ball fields of lost little league and Turkey Stearns. Or maybe it was in that past Casmere flat to the sounds of motorbikes drag racing, church chimes, and train veins whistling reminders of what once was. Call to Prayer! Getting colder? We'll bring you that sweet heat.

Ten new abstract paintings that attempt to signify the spirit of their titular namesakes: scientists, lovers of nature, studiers of animals and humankind, explorers and musicians; people who make the world a better place through their curiosity and dedication and their actions.

to
Description
This series of shaped panel works has come to form over the course of the past six months, during which my wife Christina & I had a baby (Desmond). The prospect of raising a kid is daunting to say the least, but I think the best general philosophy toward child rearing is to embrace the idea of attempting to guide him into being a better person than ourselves. This idea got me thinking about the sort of people I admire (in the larger world, beyond the scope of the many admirable people in my own life). Scientists, lovers of nature, studiers of animals and humankind, explorers and musicians; people who make the world a better place through their curiosity and dedication and their actions. Each of these pieces was created with these people in mind, and with the idea that art – even abstract art – can subconsciously call up the spirit and qualities of a person.
Location
10215 Jos Campau
Hamtramck
Artist Information
Mike Ross

Mike Ross studied art and anthropology at Oakland University, graduating in 2003. He currently lives and works in the Detroit area; since 2014 he has been painting out of 333 Midland Studios in Highland Park, Michigan (a city within the city of Detroit).

Join us in the backyard and view the 'Ant Party' mural by Milan Fliipec up close and personal. Peruse or purchase the visual art of David Morrison and soak up the sounds of the Honest to God Jug Band.

Skok w Bok (one night only) is an eclectic mix of Bumbo Krawczyk’s current paintings. This event is a cash and carry, meaning you can take the painting home with you.

to
Description
We will have the studio open all day to visitors and will have a few surprise performances throughout the day featuring musicians and DJs associated with our studio. We plan to add a visual art element to the open studio event and will announce which artist(s) will be participating a week before the event. At No Label Audio we believe that spontaneity and improvisation are some of our most valuable creative tools and we hope to bring that vibe to our open studio event!
Location
11833 Jos Campau
Hamtramck
Artist Information
No Label Audio

And Say Hello
Thank you! Your submission has been received!
Oops! Something went wrong while submitting the form.
Want To PARTICIPATE? Sign Up Here.
Artist Sign up

Photos From Past Events
Tweets by HamtramckNAF